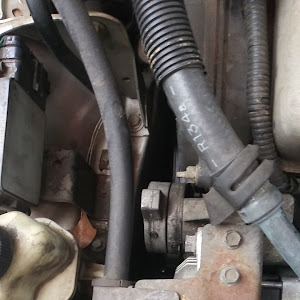 My mom has been in this garage for a long time. They have been taking advantage of her. She has a 2001 Ford escort. The car was towed because of the tapping sound. The car was fixed only for what was brought in. The bill was 1500.00 when I picked it up. I went back to speak with the manager. He didn't want to listen to me when he came out. I knew it was wrong. He took me on a test drive with him. He drove the car like a wild man and never stopped at a stop sign. Not giving the car a chance to show the problem. He would look at it if I left it. I told him I couldn't leave it. I talked to Scotty again. The man doesn't want to hear what you have to say. He told me that if I left it he would look at it and that my mother would not have the money to have the car looked at again. When they charged her 1700.00 + dollars for things I knew she didn't need, they told him it was the same thing. Within two years, a new alternator and battery were replaced. There are a lot of other things. When I mentioned to him that her car was worth a lot of money, he said that it wasn't worth that much. I said no. Why didn't you fix the reason why it came in? Why didn't you tell my mother that the car wasn't worth that much? She said it was making noise. They did stuff to that car that it didn't have to have, so what are you going to do with it? He says the car was very rough. That's so crazy. I was asked if I wanted to leave the car. I have to use this car to get my mother to the hospital three times a week. I told him that she didn't have the money to fix it. I went up there yesterday. He has not seen it run bad. He said something about the idling like it was no big deal. I tell him that is worse than that. The code for the O2 sensor was given to him when he put it on the diagnostic machine. I was asked if I wanted him to look at it. My mother doesn't have the money to fix it because she fixed things that didn't have to be fixed. He called her initially and told her what needed to be fixed, but never explained to her what those things were. She doesn't know anything about cars. She believes that he will fix the problem and the car will run properly. That is not what happened. She had the car towed the last time she was there because it was making a terrible noise. The brake caliper was fixed. The car kept making the noise. The inner tie rods were what it was. They never checked that. Two different sounds arelunking and clicking. If anyone is reading this and you have an elderly parent or loved one that uses Broadmoor garage warn them about taking advantage, I could go on and on. My mom has spent three times what the car is worth and it will barely run. She trusted them. Someone who worked on the car didn't replace all of the bolts or screws that were removed. Shoddy work! I wonder if the owner will respond to my review. Probably not, looking at the last couple of bad reviews. I wonder if these people know there are laws against taking advantage of the elderly.
Auto Tech Auto Repair :: Summer Grove Auto Care, inc. :: Euroteck European & Foreign :: CAR CLINIC :: Gerteis Motors

Leave A Review For For Broadmoor Garage