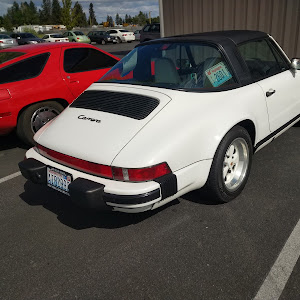 After putting in new coilovers and a 6sp swap, I took my 2001 audi a6 4.2 in. I replaced the right side valve cover after bringing it in for an alignment. Since I only did a quick bleed to the brake system after the swap, I called and asked them to bleed the brakes as well. I didn't protest because the brake system probably needed a flush as it had spent a few years in Seattle and had picked up some water. The tech noted on the paperwork that the brake pedal felt soft. This is a requirement for bleeding the brakes in this car and I wanted to know if they had done it during the bleed. I was reassured that they had. After taking the car for a test drive, I went back to the shop to speak with the tech who had done the brake bleed, as I didn't think the brakes were cycled. The person at the counter came back after being in the shop for a while. I told him that the brakes had been removed during the swap. He told me that the standard brake flush didn't include the cycling of the unit during bleeding. It is a requirement in the factory service manual for all brake bleed procedures. I would really like to find a shop that takes care of my car the same way I do. I don't usually take my car to repair facilities. Even though European Autohaus seemed to be the best place to buy a car in town, none of them will ever make the trip back. I guess the search continues.
ICDI Diesel Repair :: Hilderbrand Auto Service and Repair :: Whalen Tire :: Expert Alignment & Brake :: Poor Boys Tire & Automotive

Leave A Review For For European AutoHaus