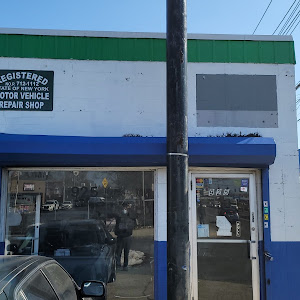 I took my Ford Ranger to this shop because it was close to my house and I had bad experiences with other mechanics. The Ranger wouldn't hold the coolant for more than a short drive because of the steam under the hood. The thermostat housing was found to be the culprit after a pressure test on the cooling system. I was quoted $450 for a repair because the housing was hard to get to and the parts were expensive. I didn't know much about auto repair. Caco told me to leave a $200 cash deposit because the parts were very expensive. This is something that no other mechanic has asked of me. This made me angry. The taxi driver at the repair shop pressured me to hire him for a ride because he told me not to drive my truck because it would crack. Who is this guy? This made me angry. I returned home to get the cash. Caco told me that the repair was done and that he wanted another $50 because of the parts thing. This really annoyed me. I did a quick search on Amazon when I got to the shop and asked for the old parts. New genuine Motorcraft replacement parts could be purchased and shipped for around $40 plus a few dollars more for generic antifreeze. Caco wasn't telling the truth. The repair fixed the problem, the single star, and I told him I would give him what we originally agreed on. I am partly to blame because of my lack of knowledge of auto repair.
Westchester Auto Glass Inc :: Njs Auto Repair :: S & J Service :: Yonkers Discount Tire :: Affordable Auto Repair

Leave A Review For For classic auto repair